Étienne Martel didn’t begin his career in real estate until November of 2015. Previously studying to become an electrical engineer at the College of San Mateo, Étienne was looking forward to someday working at the nearby Tesla plant. Given his love of mathematics and cars and engineering, a major in electrical engineering seemed a good fit. Yet, something else was tugging away at Étienne’s heart.

Ever since he was small, he’d been surrounded by extended family and friends who worked in the real estate industry. Even as a youngster, Étienne had been impressed with their freedom, ability to be their own boss, respected status in the community and, most of all, the control over their finances.

Eventually, Étienne realized that these were all things he wanted for himself. He had always loved building things, and he recognized that he could combine that passion with his aptitude for numbers and innate social skills to attain the lifestyle he so admired. That’s when he decided to follow his heart and sign up for courses in real estate.

During his commutes back and forth from school, Étienne kept hearing the same radio ad for a real estate investment seminar that was taking place in the upcoming weeks. He’d already been studying real estate for awhile now and, being an avid learner, decided to attend so he could find out about the investment aspects of real estate.

He went to the seminar with his dad and they were both captivated by the powerful presentation. Étienne and his dad, Eric Martel, then convinced Étienne’s brother Antoine to accompany them to the next seminar. Antoine was equally fascinated by the possibilities demonstrated in the seminar. The three of them went on to attend several real estate investment training sessions over the next year, during which they also formed their own real estate company.

Étienne’s natural affinity for numbers made him a quick study. After attending only a handful of real estate seminars, Étienne was ready to take his place in the new family business, MartelTurnkey, alongside his dad and older brother.

Étienne Martel now serves a key role as the Acquisitions Director of the $4.5 million dollar company. He is personally responsible for assessing every property for quality and earnings potential, overseeing rehabs and investing the company’s capital. Étienne’s business acumen, sound financial judgment and keen instincts for cost estimations have proven to be invaluable components of the company’s rapid growth.

A typical day in the life of Étienne Martel isn’t like 90% of other people his age. He consistently works 10-12-hour days, doing whatever it takes to ensure solid investments for the family business. This might entail speaking with a contractor across the country about some repair cost estimates, reviewing images that a real estate agent emailed from a property in another state or ensuring accurate appraisals by sending comps to the appraiser. The nature of Étienne’s work requires laser sharp focus, attention to detail and the ability to simultaneously manage multiple ongoing projects. It sounds high-octane because it is. . .and Étienne loves every minute of it! “I love doing rehab,” he says. “I’m excited about every aspect of it, whether we’re doing a single-family home or a 20-unit apartment building.”

The people with whom Étienne works on a routine basis have picked up on his enthusiasm for real estate, as well as his expertise. He’s well known and liked in real estate circles for his personable nature and honest dealings. He’s regularly approached by young investors who want to learn the ropes, and Étienne is always happy to assist. “I love helping people and talking to them about their real estate goals. People know they can always reach out to me and I’ll try to help however I can,” Étienne says.

Étienne is a steadfast believer in lifelong learning. He continually draws inspiration and insight from documentary films and written biographies of his favorite influencers, such as Richard Branson, Elon Musk, and Robert Herjavec and Ryan Serhant. When he isn’t actively seeking out new real estate investment opportunities for MartelTurnkey or analyzing potential properties, he spends his time attending real estate networking events in Los Angeles and surrounding areas. If you’d like to contact Étienne, you can find him on Instagram, Facebook and Twitter, Linktr.ee, Biggerpockets, YouTube or through his company website, MartelTurnkey.com. 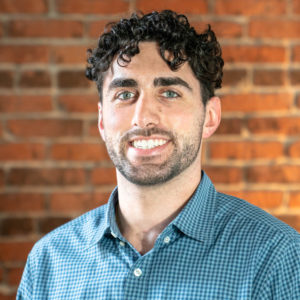